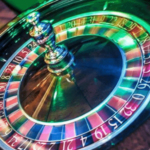 The Northern Territory Racing Commission made a ruling on the 10th of June that Sportsbet must pay the Australian man AUS$93,000 which is equivalent to US64,000.

This judgement actually worked in Sportsbet favour. This is because the Commission has the upper hand to suspend or revoke the Sportsbet operating license.

Nevertheless, since this case has been dragging on since 2014, the Australian gambling company has been refining its policies. Some of these policies are now requiring members to add a reprimand.

According to the commission’s website, the financial advisor filed the complaint on behalf of the Australian man.

“On Nov. 24, 2014, he filled out the voluntary exclusion form. However, less than two months later, he was able to open an account with Sportsbet, albeit with a different email address than when he submitted his self-exclusion request”.

On a period of two years, the man made a deposit of more than AUS$146,000, making withdrawals, which were more than AUS$53,000 when the account was active.

Sportsbet in a Move to Defend the Lawsuit

In its Defense, Sportsbet made a claim that the Australian man request did not consist of some information that they required to go ahead with the request. This include his account number. Moreover, they also contended that the man was not able to respond to their requests for further details.

Moreover, there are still indications that the initial paperwork carries the person’s name along with the phone number.

In this case, Sportsbet made just one attempt to seek further information from the Complainant by email. However, they did not phone the Complainant nor attempt to contact the witness to the form,” the commission said in a statement during the ruling.

The move to pay back the Australian man his money is a good indicator to other gambling to avoid taking advantage of real money bettors. The process of self-exclusion was designed to assist gamblers to contain gambling addiction not to take advantage of the players.

What we all need at the end of the day is to make sure that every gambler enjoy playing online casino games for real money and win.

How to Enhance your Online Betting Experience

The Impact of New Technology in the Online Casino Experience